It bundles third-party font software licensed under a different license. Please look at the LICENSE file for details.

Codeberg and the Codeberg Logo are trademarks of Codeberg e.V.

Getting Started with Codeberg


Integrations with Other Services

Style Guide How to create a new article? Can I preview my article? How to make screenshots for Codeberg Documentation? Documentation Contributor FAQ

Markdown files are basically normal text files. The file extension .md specifies that a file can be rendered as Markdown. You can also use Markdown in many parts of Codeberg (Issues, Pull Requests, etc.).

To write a Markdown file, simply create a new file, and edit it with a text editor of your choice. Markdown doesn't consider single line breaks as the start of a new paragraph. You can write all your text into one long line or introduce a new line every once in a while. It is common practice to introduce a new line at around 80 characters to enable users to easily read the plain un-rendered version of the Markdown file. However, it's recommended to make a line break in Markdown when it makes sense, e.g. at the end of a sentence. It makes diffs easier to understand, as the context of the complete sentence is preserved.

If you want to start a new paragraph, use two or more empty new lines to separate the text. Beware that when rendering with Gitea, line breaks are rendered differently in repos and comment fields. For example, one line break in a comment leads to a new paragraph.

In paragraphs, it is possible to highlight passages using bold and italics.

Here are a few examples.

This is bold text.

This is also bold text.

Here are a few examples.

This is italic text.

This is also italic text.

Text may contain references to emoticons which are rendered as a small image, similar to an emoji. You can render these by typing the name of the emoticon you want to use, surrounded by colons (:), like this :codeberg:.

Some examples are :codeberg: which is rendered as 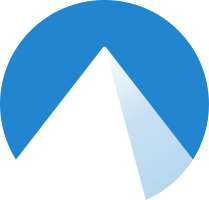 and :gitea: which is rendered as

You can add checkboxes to comments by using a space surrounded by square brackets [ ]. These can be checked/unchecked later without editing the comment. This can for example be useful when creating a Todo list.

Use the render hint mermaid on the preformatted section containing the code of the mermaid diagram. 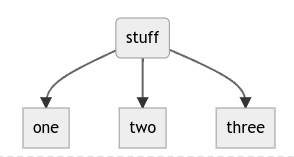 Hey there! 👋 Thank you for reading this article!

Is there something missing, or do you have an idea on how to improve the documentation? Do you want to write your own article?

You're invited to contribute to the Codeberg Documentation at its source code repository, for example, by adding a pull request or joining in on the discussion in the issue tracker.

For an introduction on contributing to Codeberg Documentation, please have a look at the Contributor FAQ.